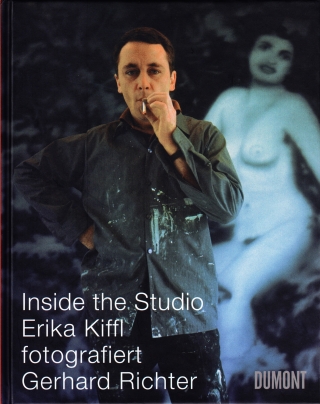 In 1967 a first series was taken in his studio Fürstenwall in Düsseldorf, which documents mainly the creative process of the picture Diana [CR: 155].
The other series of photographs from 1977, which were taken in his studio in Brückenstraße, show Richter working on abstract paintings. Numerous photographs shed light on the materials he used and his techniques. These rare insights into Richter’s studio routine are accompanied by texts from Dietmar Elger and Ekkehard Mai. In the context of an interview, the photographer highlights the process of taking the photographs.