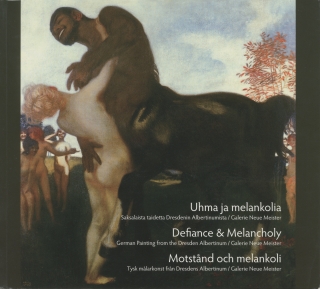 The catalogue was published to coincide with the exhibition Defiance and Melancholy: German Painting from the Dresden Albertinum at the Art Museum Meilahti, Helsinki in 2009.

The history of German painting from the beginning of the 19th century is examined in the context of the Dresden collection at the Galerie Neue Meister (The New Masters Gallery). Artists from German Romanticism and New Objectivity are represented as are painters from the second half of the 20th century.

In addition to Gerhard Richter, works by Baselitz, Penck, Mattheuer or Havekost are also considered. The title Defiance and Melancholy singles out only two of the emotions that can be made out in the exhibited paintings.

Includes essays by Ulrich Bischoff, Andreas Dehmer and writings from other authors.