In transferring the source image into painting, the artist leaves the perspective unchanged and also retains the reduction to grayscale. The greatest influence from Richter derives from his choice of framing, whereby he selects predominantly square picture formats. Richter frequently omits areas of the source photograph that show prominent buildings and so could assist identification of the depicted area. The townscapes are characterised by often gestural brushwork – loose, wide brushstrokes which apply paint pastosely while leaving other parts of the canvas uncovered. 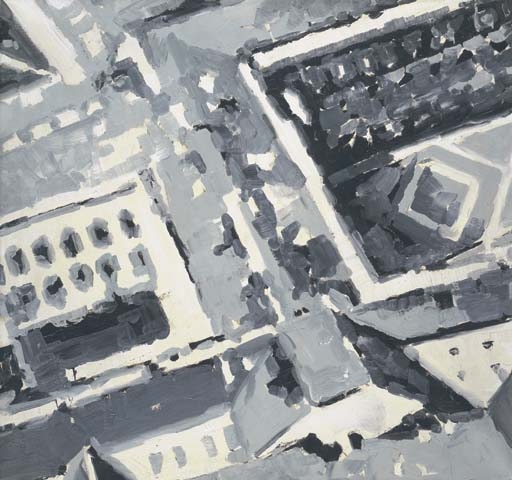 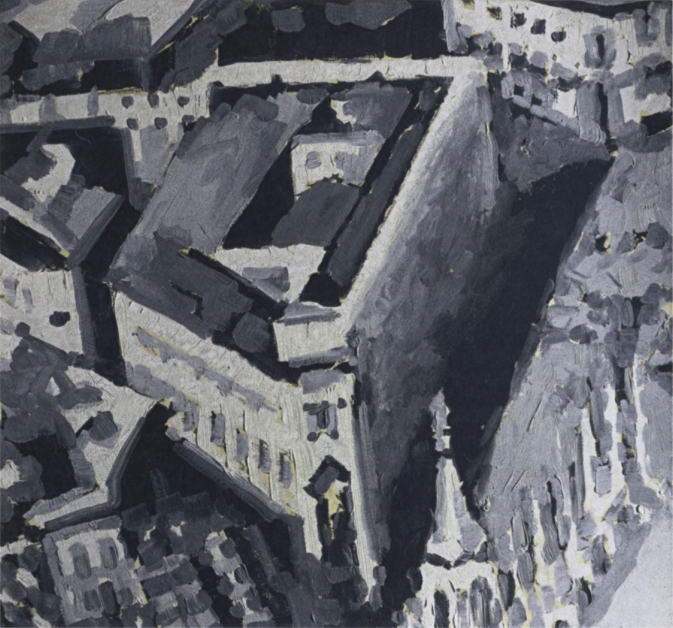 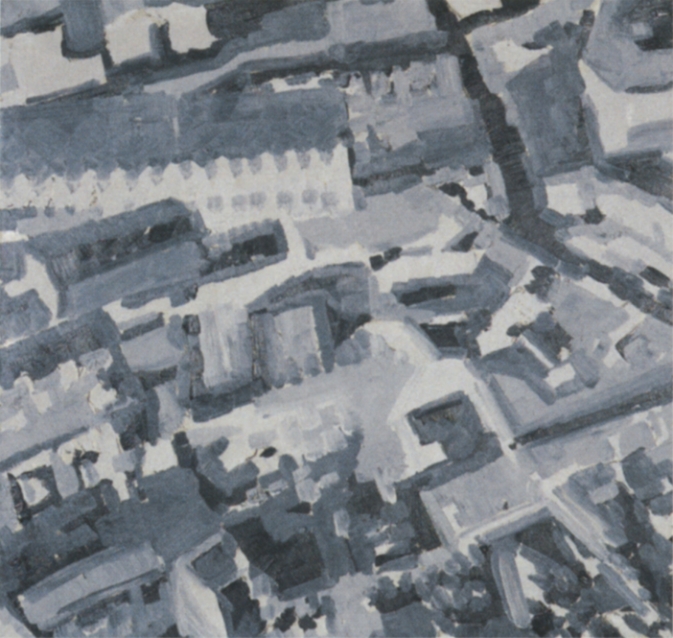 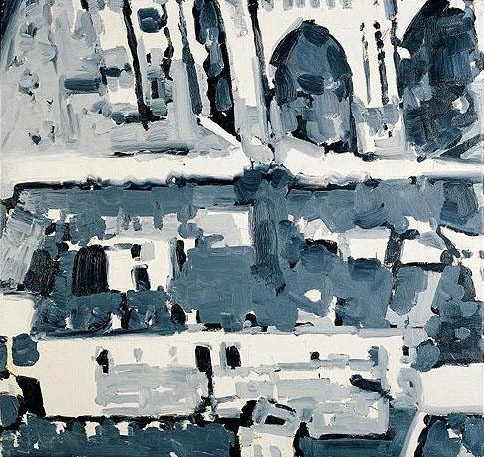 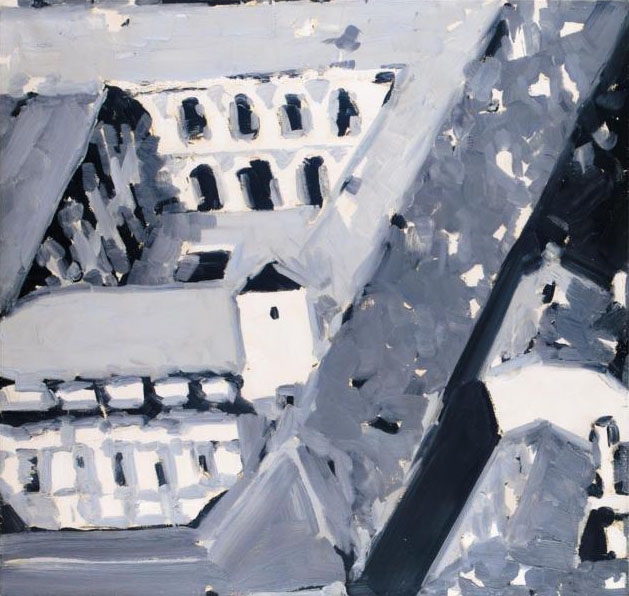 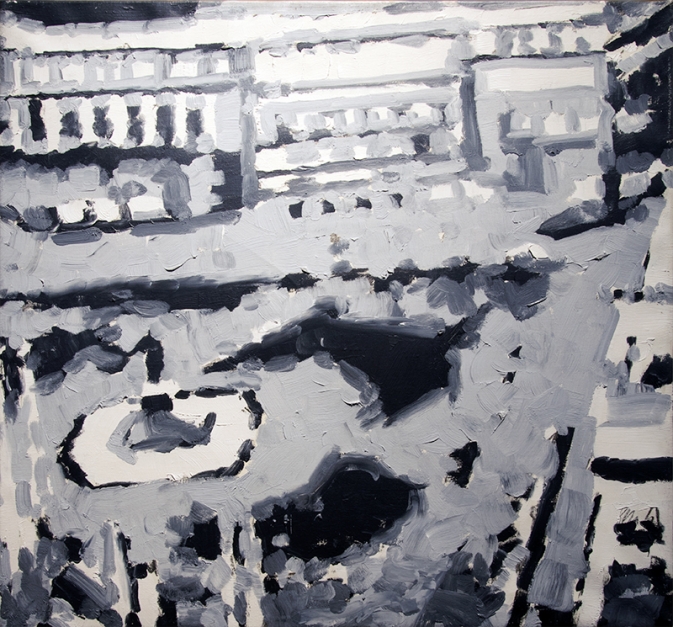 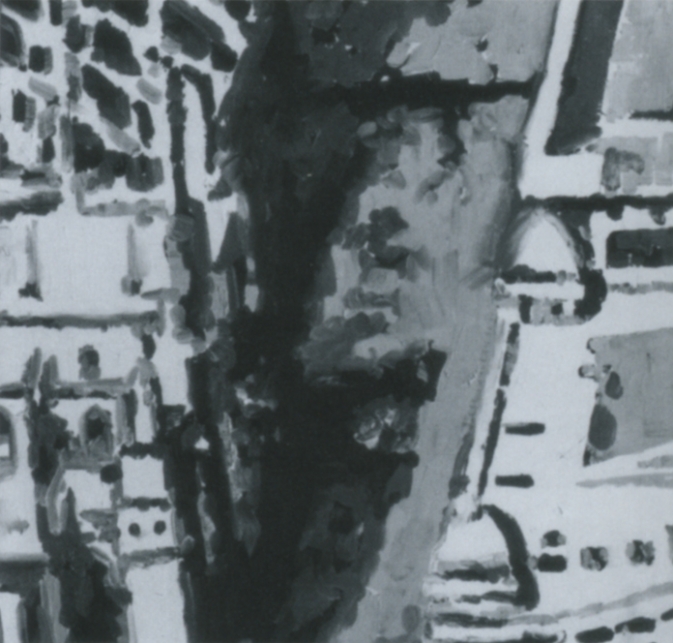 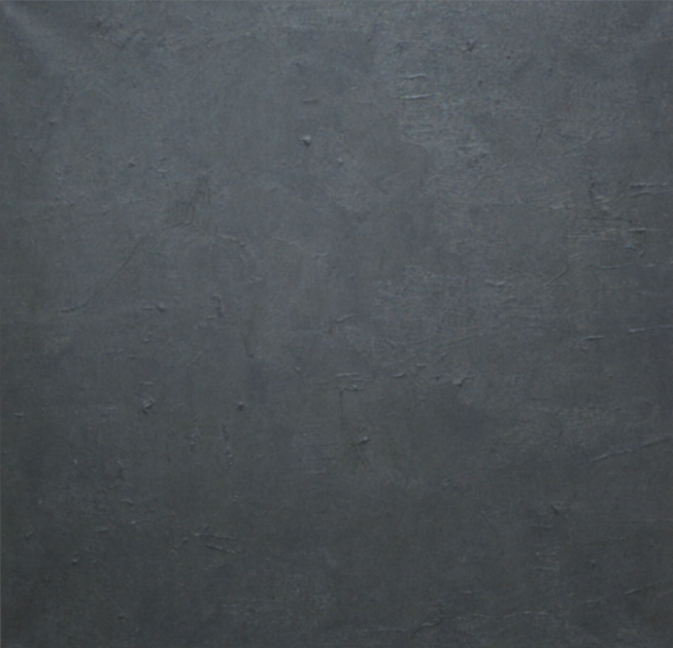 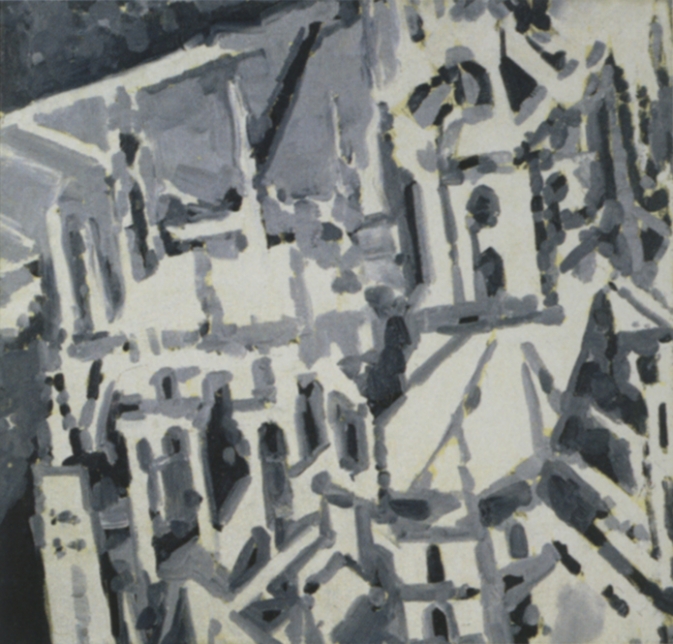 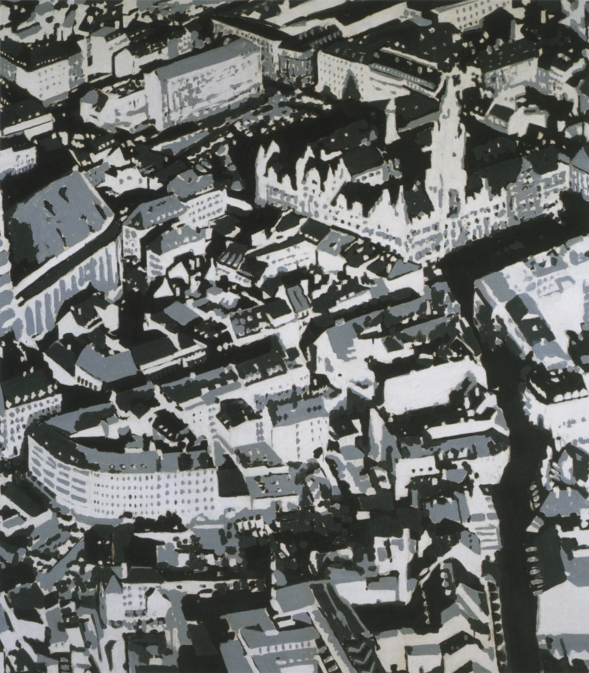 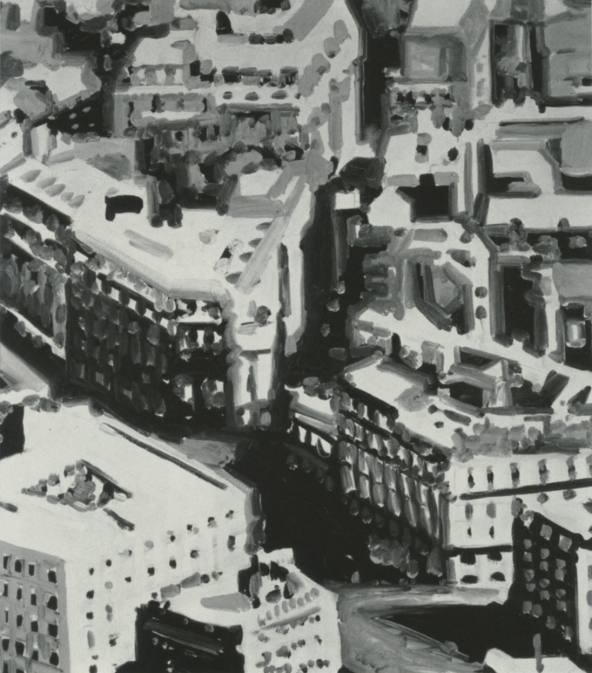 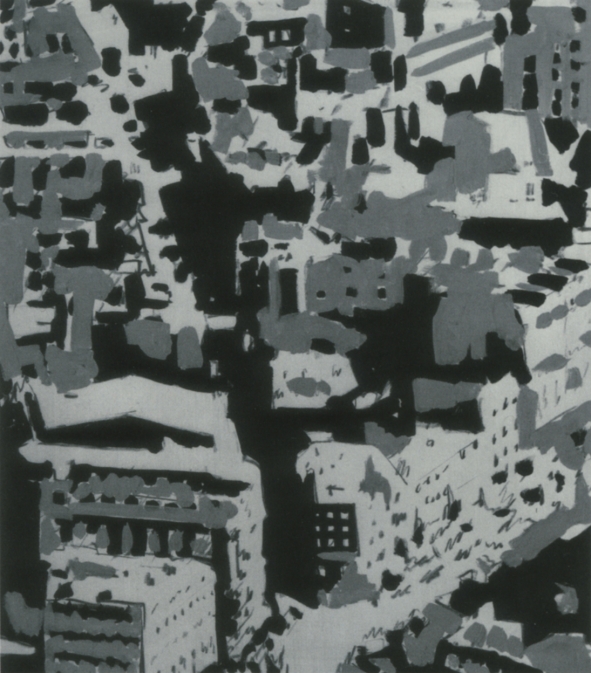 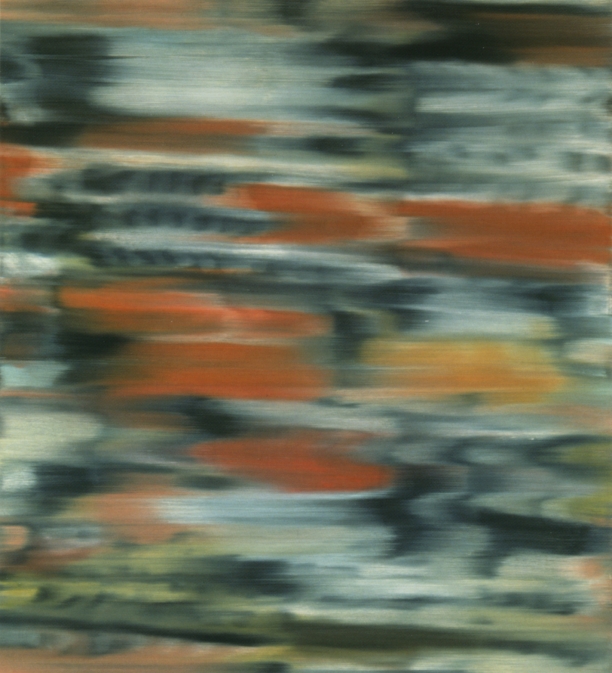 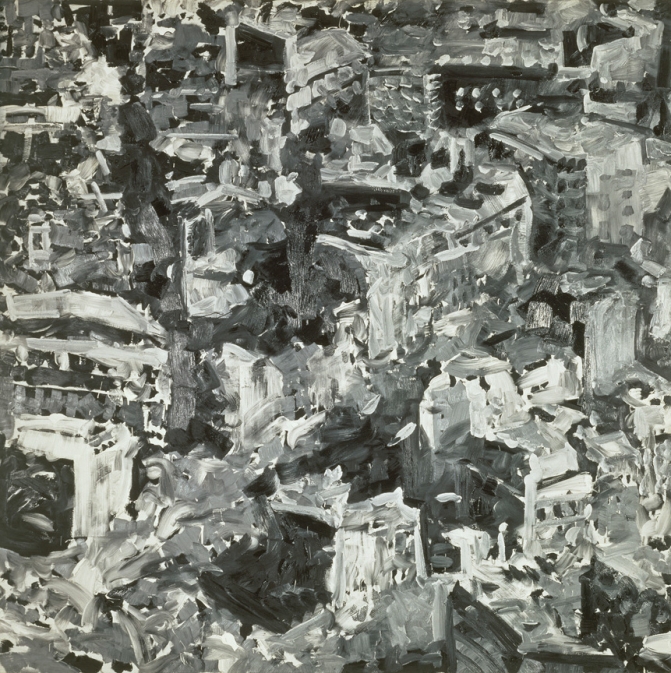 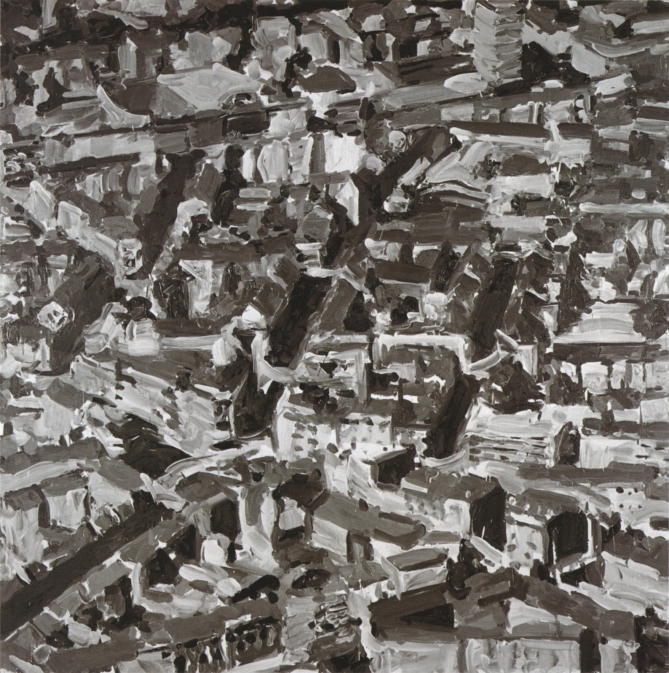 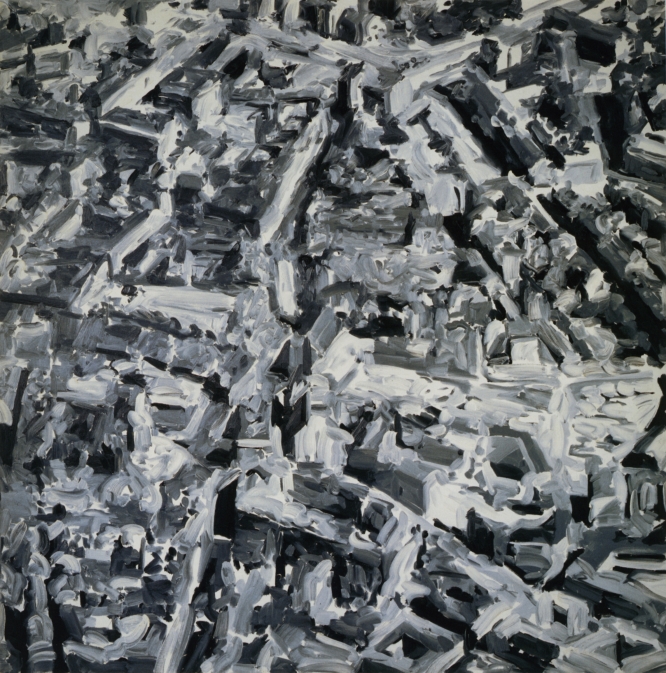 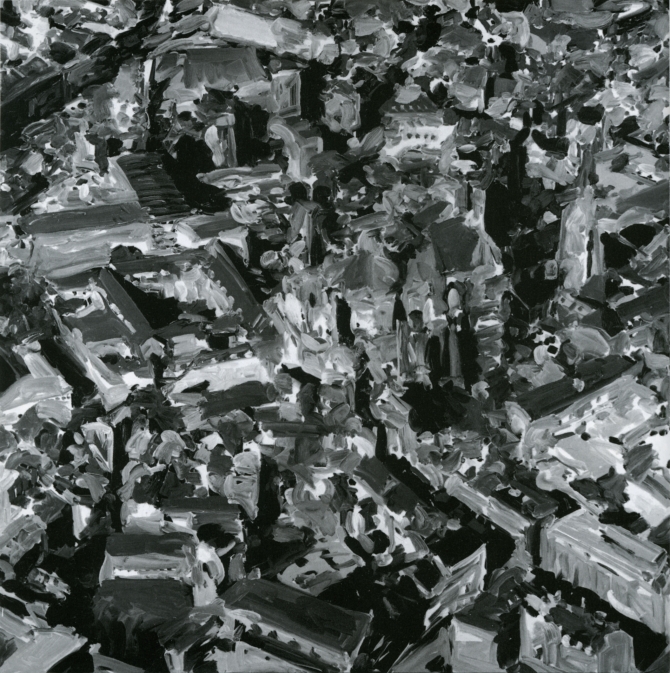 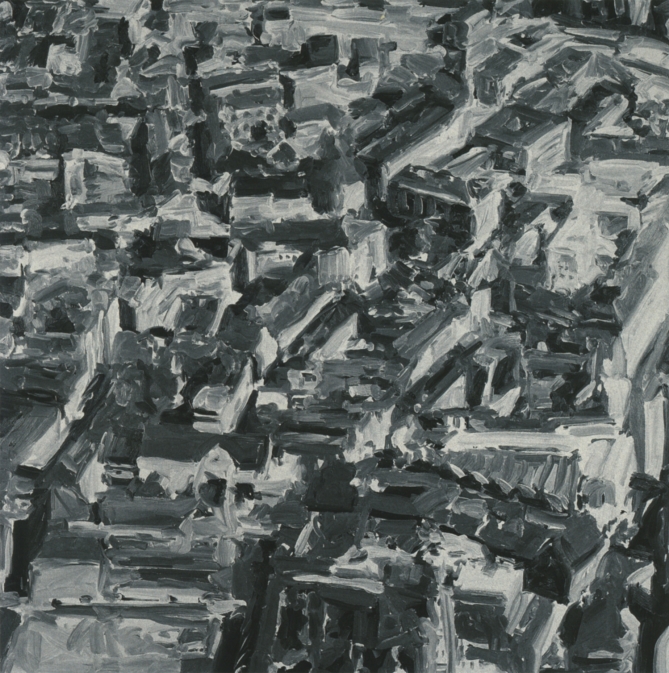 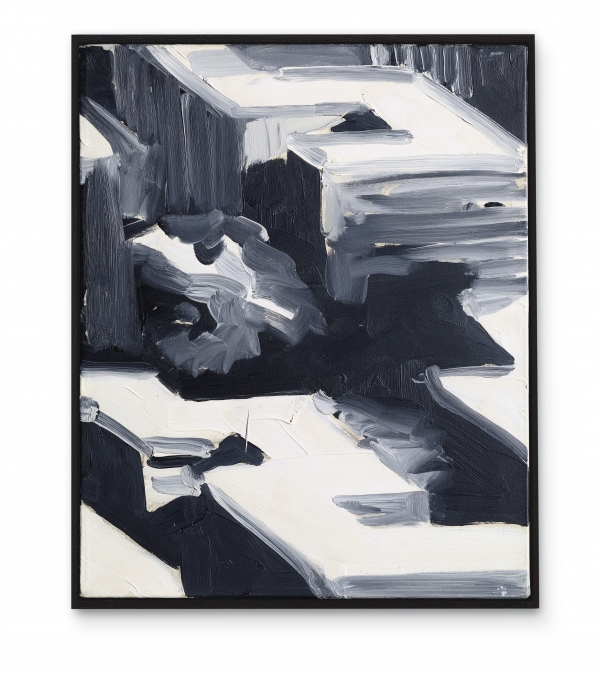 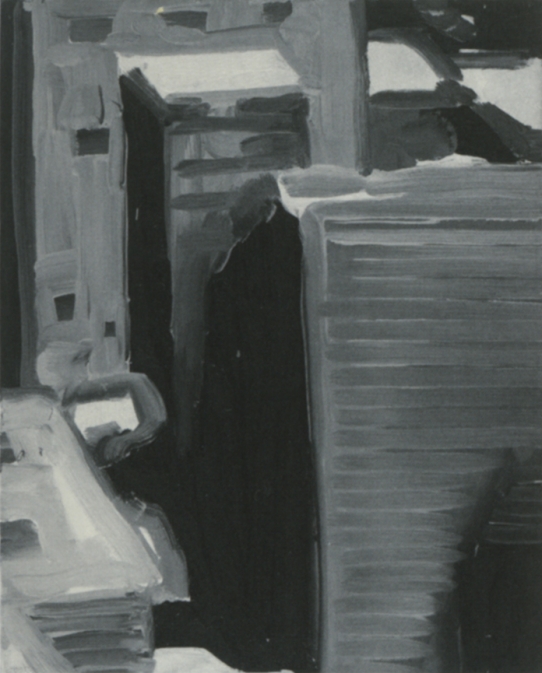 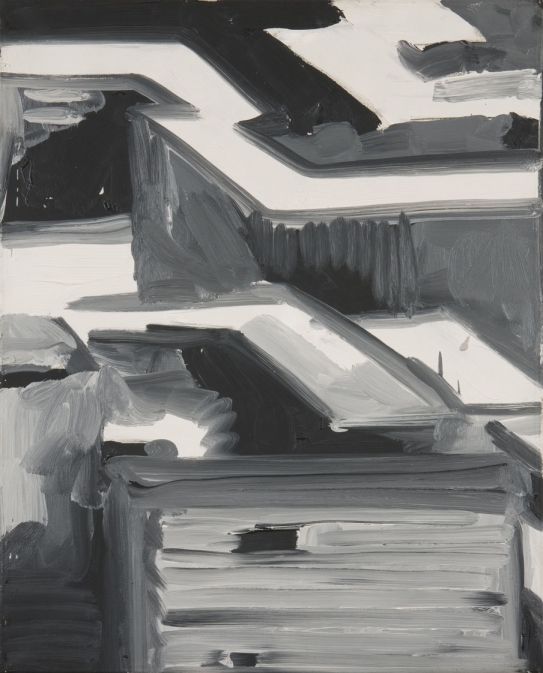 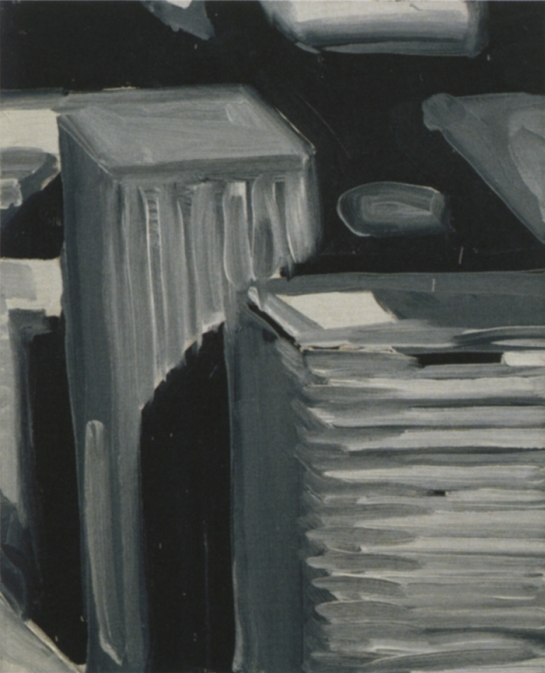 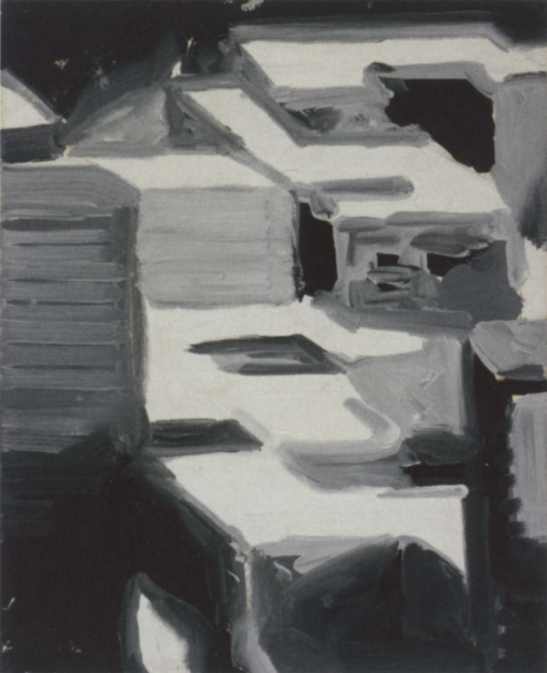 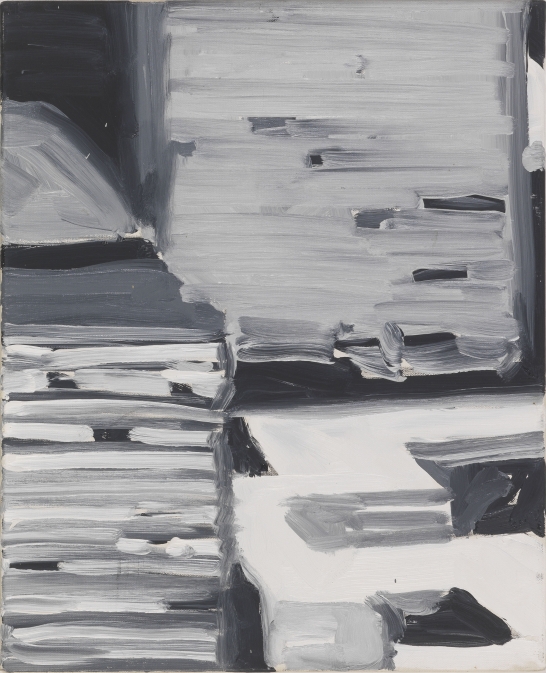 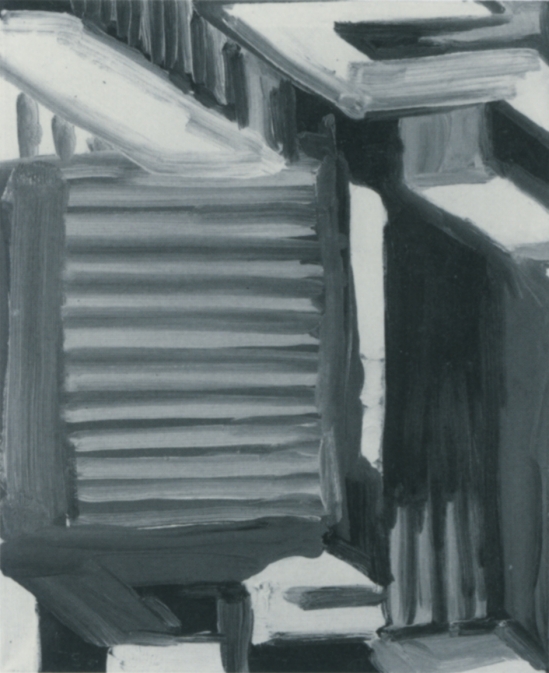 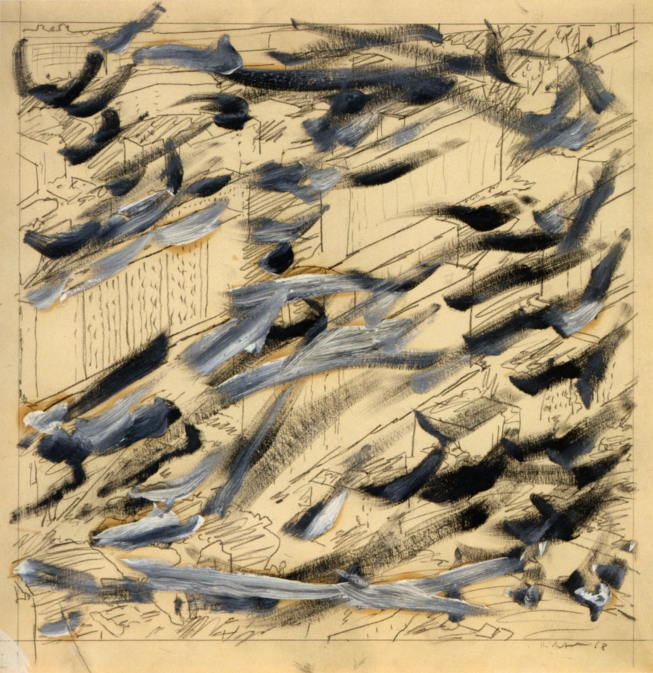 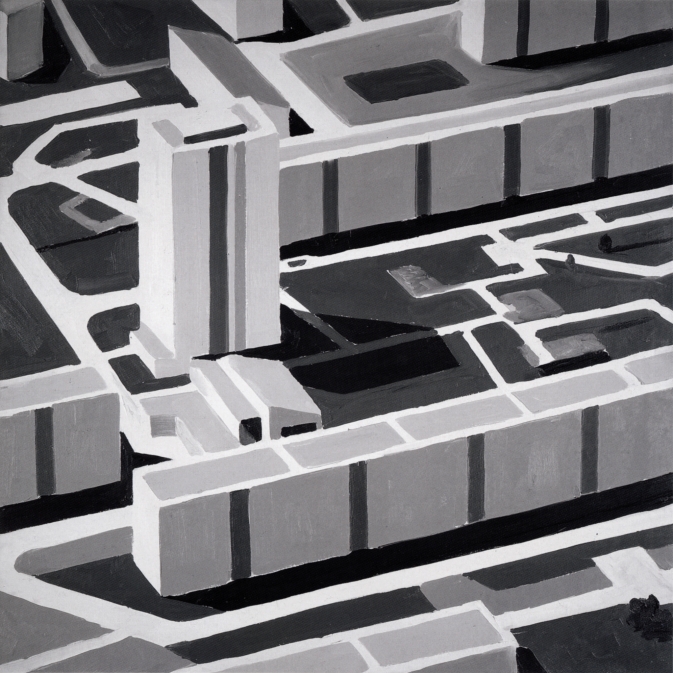 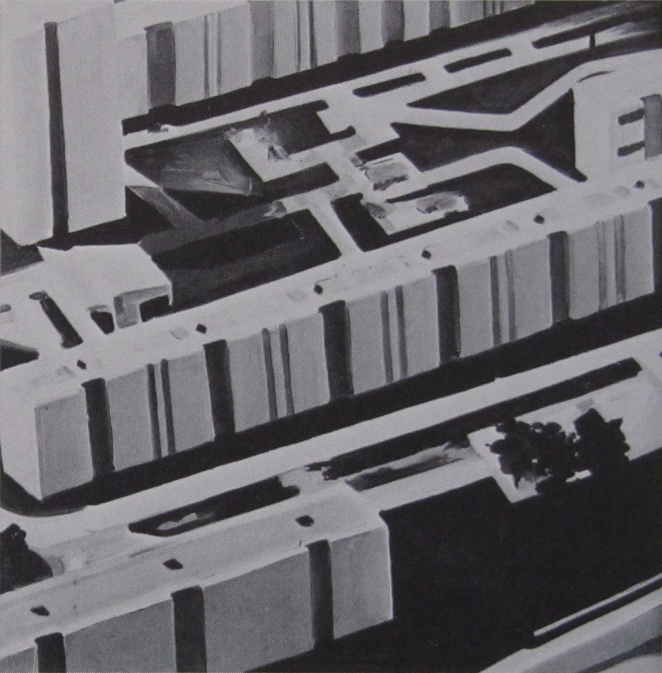