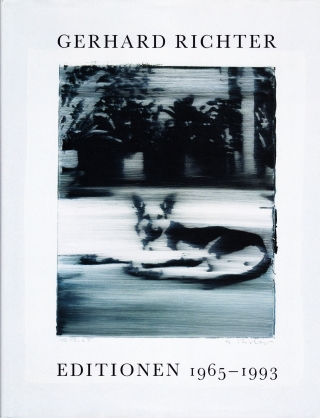 The catalogue raisonné of Richter's editions was published at the same time as the exhibition Gerhard Richter: Editionen 1965 – 1993 at the Kunsthalle Bremen took place in 1993.

It follows several catalogues of early printworks published in the 1970s, and presents an overview of the editions up to 1993. Although Gerhard Richter gained world-wide reputation as a painter, numerous limited edition objects, graphics, photographs and artists' books accompany his œuvre.

A comprehensive text by Hubertus Butin illuminates Richter's editions from different angles, outlines similarities in form and content and considers the question of originality and authorship.